WASHINGTON (US): Pakistan’s ex-Prime MinisterMs Benazir Bhutto and Chairperson of PPP Ms Benazir Bhutto will be meeting with US President George W Bush during her week-long visit to Washington, which begins from January-27. 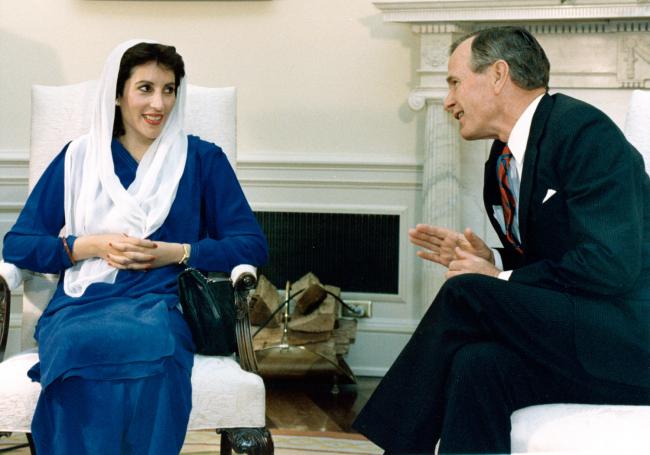 Media reported on Wednesday that Ms Bhutto shall also hold talks with America’s senior Republicans, Democrats as well as the State Department officials while in the United States.

Ms Benazir Bhutto has been invited by President Bush to attend the annual breakfast besides briefings by the State Department along with a number of political leaders from around the world.

The PPP chief will call on the US President at a breakfast meeting in the first week of February, after her discussions with the senior officials of the State Department, a news reports said.